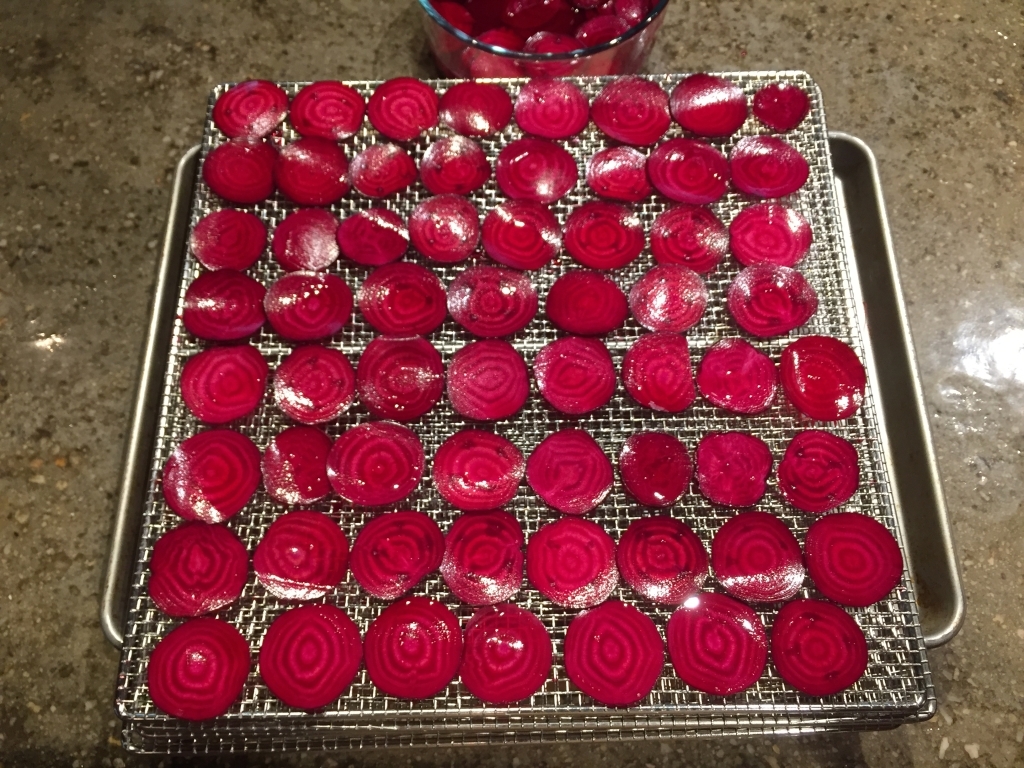 Beets are in season! If beets are planted from seed at the same time, they are all harvested at once. Staggering your plantings can keep you in fresh whole beets throughout the season. However, this does require a bit more due diligence. If you take the easy road, like me, having a number of different ways to prepare and preserve your beets at harvest will keep you enjoying beets throughout the year. I am providing two quick and easy beet recipes, a dried beet chips recipe and a refrigerator pickled beets recipe. Roasting beets and freezing them is another great way to preserve this early season vegetable. Using your beets to make Pennsylvania Dutch Pickled Red Beet Eggs or Amish Red Beet Eggs is another option.

Beets are an amazing root vegetable. They are very versatile and the flavor is unique. There are also many benefits of beets. The health benefits of beets include all sorts of vitamins, minerals, and fiber. Whether you are making roasted beets, pickled beets, beet greens, beet juice, or beet chips, they are a great addition to anyone’s diet and menu. 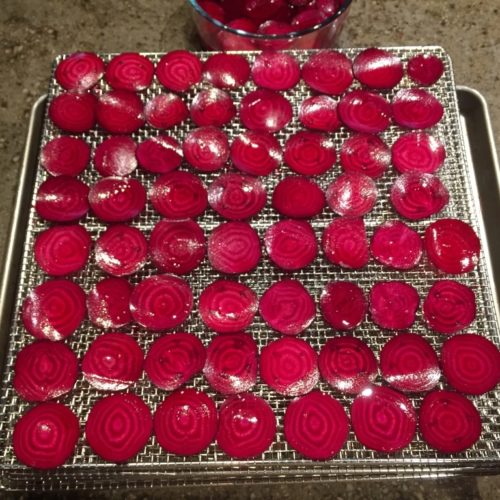 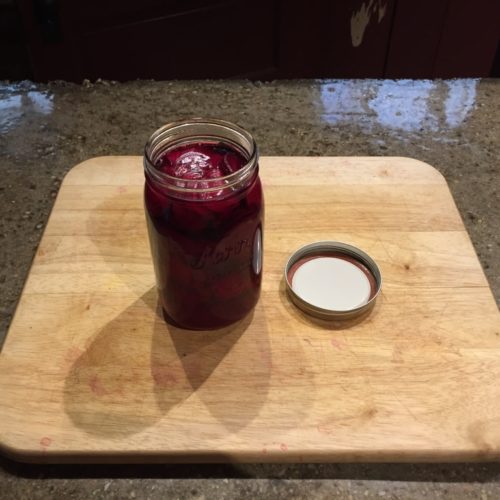 This recipe could also be made without the sugar.
Keyword Pickled Beets

Growing beets is one of the easiest garden vegetables. They grow with very little effort and they are one of the first vegetables ready to harvest in the growing season. You can also buy fresh whole beets at a local farm market or the grocery store.

Beet greens are also another great product when growing beets. Harvesting one or two young beet leaves from beet plants early in the growing season can be a great addition to salads or as a stand alone side dish. When planting beets from seed, chances are you will be thinning the row. This is a great time to harvest beet greens too.

In this case, the greens have been removed and the beets have been washed.

Preparing beets for slicing is as simple as cutting the tops from the beets. Don’t cut too much as the entire beet is edible. You can also remove the root flush with the beet. Pickling and eating the roots is an option. Quickly roasting the removed roots is another great side dish during the beet harvest.

Using a mandolin is the fastest and most efficient way to get sliced beets. Thin sliced beets are the primary ingredient in both beet chips and refrigerator pickled beets.

Here you can see 1 pound of whole beets sliced with the mandolin, ready for the dried beet chips and pickled beets recipes.

How To Make Dried Beet Chips

When making dried beet chips, you can soak your beet chips in vinegar prior to placing them on the dehydrator tray for some added flavor. You can also choose to have naked dried beets, adding nothing to them.


Beet chips will shrink dramatically when they dehydrate. Place them side by side on the dehydrator, as close together as possible without overlapping to preserve space.


Add the trays to the dehydrator and dehydrate the beet chips at 120 degrees for 18-24 hours. That seems long, but it take a while to fully dehydrate beets and make them a healthy chip.


The second ingredient for the pickled beets is the pickling brine. You simply add vinegar, water, sugar, salt, and spices to a sauce pan and simmer it until the sugar dissolves.

Once the brine is ready, add the sliced beets to a jar and pour over the brine. Allow the beets to cool before sealing them. Add the jar to the refrigerator for about 1 week. 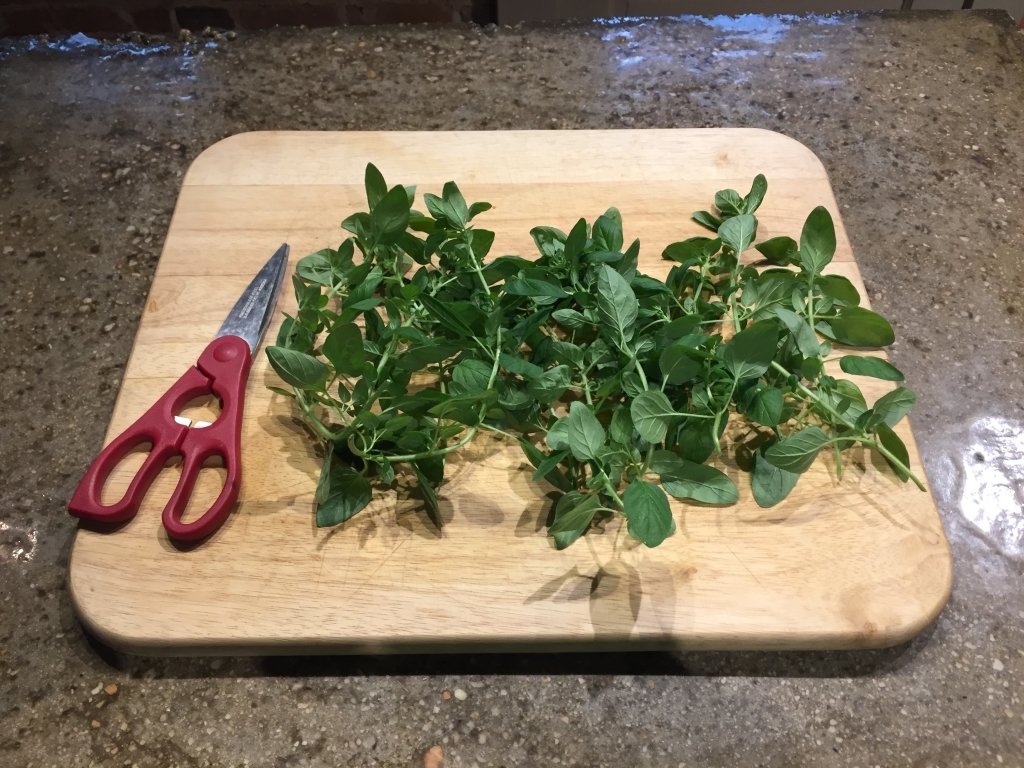 Dehydrating, Equipment, Herbs, How To 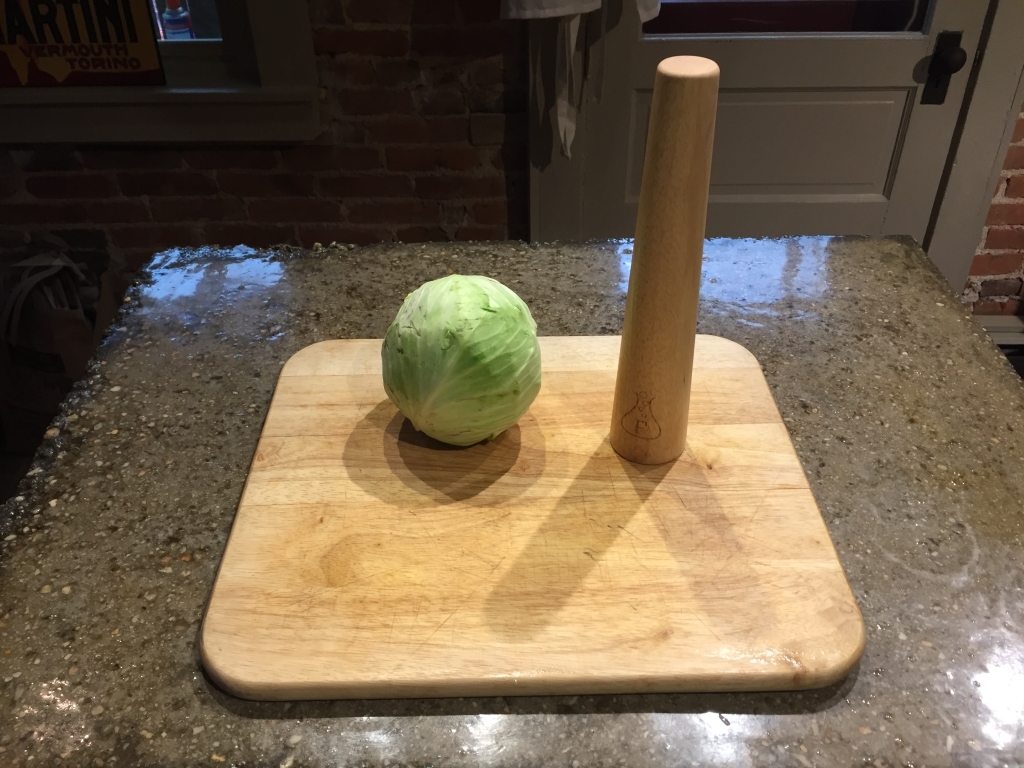 BBQ and Beer – Grilled Baby Back Ribs
BBQ, Beer, Equipment, How To